Nestled away in a small town in far northeastern Washington State is a tiny, yet powerful, log building. It is one of the oldest standing buildings dating from Washington’s territorial period. When the US Army arrived at Fort Colville, Pinkney Lougenbiel was the commanding ofﬁcer and as such was in charge of services to the American Indians in the area.

As time went by, Indian Agents were appointed and by 1872 those services were being provided by Major John A. Simms. Simms and his wife Lucy became residents of the small cabin and it became their home as well as the headquarters for Indian services for most of Eastern Washington.

More time passed and services were provided from another location. Major Simms, no longer agent, stayed on in the cabin and made Chewelah his home ﬁling for and being granted a homestead on the property in 1884. From then until 2010 the cabin was held in private hands and for over 100 years by the McPherson family who donated it to the Stevens County Historical Society.

The little cabin has served its residents and its community well and has become very well loved by the people in the surrounding area, in spite of it being privately held and not available for visiting or viewing.

There is a dream that Indians and non-Indians will again gather on the site and share and learn one with another as it was in the beginning.

To make this dream come true it is time for everyone who loves the little cabin to give back to it. The years, over 130 of them, have taken its toll and so have the elements. In order to stand another 130-plus years into the future restoration and preservation must take place. The grounds have been cleared and preliminary preservation/restoration work is underway, sadly revealing more damage than expected and unknown at the time it was gifted.

Cost of the Dream: An infusion of about $100,000 is needed for replacement of the sill logs. a foundation, the roof, a ﬂoor and other items allowing the public to have access. Once restored. people will again gather there in friendship and good will and for learning and study of the past.

Where to find the cabin: It is located at 309 N. 3rd Street E. in Chewelah. It is under the stewardship of the Stevens County Historical Society and local supporters of the cabin. SCHS can be contacted HERE. 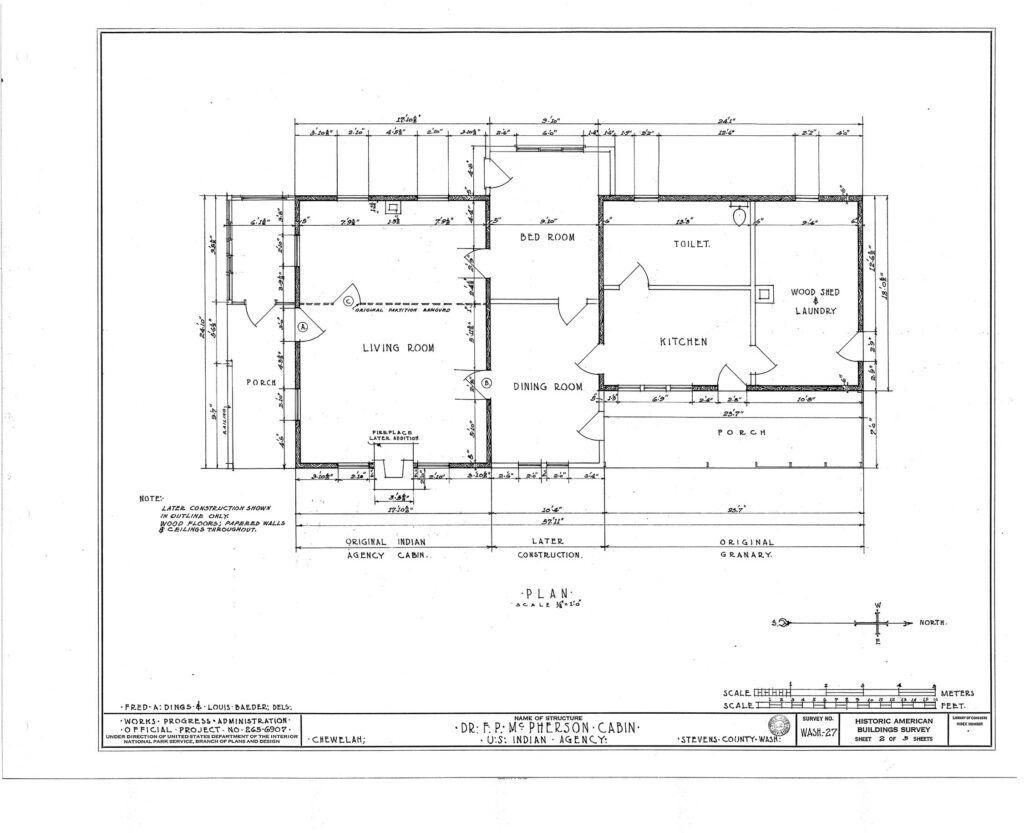